After some 8 months of really trying to use it as my main machine for everything I do, I’m converting my MacBook Pro back into a Mac OS X only machine. In replacement, I just received a Dell XPS 15z. 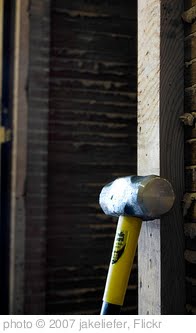 The brief history went like this. Back in October last year, I thought I’d try using a Mac as my main machine. Hence I bought a 13 inch MacBook Pro, bought AppleCare, decked it out with 8GB RAM and a 500GB Seagate hybrid drive, installed Mac OS X as the main OS, and VMware’s Fusion as a tool to access a Windows VM. I also installed Office for the Mac. The VM was so that I could use those Windows apps I could not do without (Live Writer and Visual Studio being the most important). I continued like this for a while, until probably April, when I’d finally had enough with the sheer flakiness of Office for the Mac (and various other Mac flakiness), and was spending most of my time in the Windows VM.

So I partitioned the drive, installed Boot Camp and tried that instead: booting directly into Windows and basically using the Apple hardware as a Windows machine. Every now and then I’d boot into Mac OS X to update the software and to refresh the videos and music on my iPod Touch (I use it as the testbed for playing around with writing iOS apps).

Even this usage has now palled, and palled badly. The reason? For the most part, it’s the absolutely crappy drivers provided by Apple in Boot Camp.

So, I’m retiring this MacBook Pro to become an occasional usage boot-into-OS-X machine and have bought a Dell XPS 15z with a sweet 1080p screen. A bit heavier, sure, a bit bigger, but faster and suffering from none of those pesky Boot Camp driver problems. 2 USB 3.0 ports, 1 USB 2.0 slash eSATA, two video ports, and, mirabile dictu, separate headphone/mic jacks. It will become my main machine, supplanting the UDR desktop I still have running in the background at home.

(BTW, in other news, the photo service I use for my blog posts, Wylio, has just changed, for the worst. This post is the last time I’ll be using it.)

This is precisely why I won't let my boss by me a Mac either. I'm making him get me one of these: www.microcenter.com/.../singleproduct to replace my old HP dv9000

Marc: Nice machine. Bit too big for me, though. A 15-incher is my limit and I'd have bought a 13-incher if only I could find one with the right resolution screen. A Sony Viao was the only possibility, but the one I priced was $800 more than the 15z for roughly the same specs.

Julian: I have been working on the Dell XPS 15z for a couple of weeks now, and although it does look great from the outside, I'm afraid you have to prepare for a few driver issues on this machine, too: en.community.dell.com/.../19904134.aspx

Sorry to hear of your woes, but the I suspect the problem is you bought the wrong Mac. I recently converted from a Dell XPS 1530 to a Brand new Thunderbolt enabled Macbook pro 15 inch. How you expect to work on 13inch Macbook god only knows. I have never had any of the issues that you mentioned. We produce PC CAD software, and Windows 7 64 bit works flawlessly in Bootcamp.

The reason I switched to Mac is basically because of built quality and finish. The Dell was well cared for, but required 2 motherboard replacements in its two year life, scratched very easily, the screen bezel became loose, the 9 cell battery would separate from the main case with a nice 5 mm gap if you dared to move the thing across a desk!!!

The Mac on the other hand feels like it is cut from a single block of metal, because it is!

It will be interesting to see if Bootcamp 4 addresses some of the driver issue that you have raised, and also how you get on with Dell. I will not be spending my money with Dell again! Good luck dude!

The Mac is here to be used plain. It makes no sense to have Windows virtualized on a Mac. You continamate this way the beauty of this device.

Steveooo - agree. Dell is first very expensive ... becomes cheaper this is true when the components prices decease anyway. I have an XPS that requires a new accu every year ... I use it for Fedora 15 with Gnome 3 Now.. Ooooh this is something beautyful, but without I would have to throw the notebook away.

The problem of the PC world concerning notebooks is, you cannot rely that things work. There can be a golden combination that makes up a wonderful laptop and the next time one only has troubles. The positive side of Dell is, the support organization is my second family know. I know them all and their story ... ;)

Think - best is to virtualize Windows on Windows to have an appropriate development envirionment. :) You PC/Windows guys you are crazy, altogether.

I have checked the Notebook, looks good!

@Stefan: thanks for the info. So far, no problems with the stuff on the driver recovery disk.

The issues I have with it in Windows are mostly user experience related. And I'm sure anyone here would agree: after a while, no matter how well the machine is built (and I totally concur the MBPs are beautifully designed and made), if you run into the same issues again and again as you are trying to get something done, your perception of the machine would pall. Mine has palled to the extent that I wasn't even considering the current 15" MBP as a viable alternative. And that's a shame for Apple. I'd love to see what Boot Camp 4 does, and I'll certainly try it out -- it's not like I'm chucking my MBP in the trash tomorrow.

@Michael: I've bought Dell for a long time and one of my web sites still runs on my XPS M1210 that's just by my desk here. Maybe I've been lucky, but I've not had to use support that much, and whenever I have, it's been a very good experience.

I noticed this blog was written in July 2011 - how has it performed in your opinion over the year? Do you think it performs sufficiently for the uses I would have for it?

Lucas: I recently published another blog post about the XPS 15z. In it I talk about the issues I've had with it over the year, two of which are driver-related. I also discuss upgrading it to an SSD and also replacing the 8GB of memory it had with 16GB.

For any work with Photoshop (I mostly use Adobe Lightroom myself) you are going to need both upgrades, I would reckon.