Control who you are on the web

Way back in 2008, a new site started up called Posterous, and it was designed to make it easy to create a simple blog. The way to publish to the site was easy too: just email your thoughts and photos to a special Posterous email address and it would do the rest. I snagged jmbucknall.posterous.com in 2009 and experimented with a workflow that allowed me to tweet short thoughts on Twitter, longer – but relatively quick – thoughts on Posterous, and the much bigger articles on this blog. 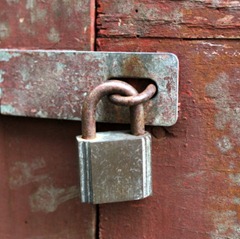 Pretty soon, I was doing another kind of experimentation once GraffitiCMS was open-sourced: I tried blogging articles to both the boyet blog and Posterous. At some point in 2010, I wrote this article about these experiments and it turned out to be one of the most popular posts on this site. God only knows why.

And then I threw all that away (it didn’t work all that well; the format of HTML markup I was getting from Posterous was nasty in the extreme) and used Writerous, a Windows Live Writer plug-in by Scott Lovegrove, instead. That solution worked perfectly until the end of 2010 when Posterous in their infinite wisdom changed their APIs and Writerous was doomed. It was at that point I basically gave up on Posterous and my “Spaces” lay dormant.

Posterous were bought by Twitter around this time last year, and now we hear that Posterous is being shut down. They’re leaving it open for a couple more months so that you can download whatever content you have on the site, after which, boom, it’s gone and 404s will abound.

A couple of days after this announcement, I heard that the original creators of Posterous are in the middle of implementing a (paid) Posterous look-alike, called Posthaven. You can sign up now ($5 to reserve your name) and the service costs $5 a month. Launch is imminent and they promise never to shut it down. Excuse me while I laugh hysterically.

It’s at this point that I heave a huge sigh of relief. Several reasons, I suppose.

It boils down to this. My persona on the internet is encapsulated in the boyet.com domain. My blog is on here; my résumé or CV is on here; the articles I’ve written tend to end up here; my email address has been julianb@boyet.com for nearly 15 years now. Where it’s hosted doesn’t matter – I’ve used several hosting services over the years – it’s the domain name that’s important. I am in total control of the domain name (and I pay to keep it that way). And that means I’m in control of how I’m perceived on the web. Yes, I have a Facebook account, I have a Twitter account, I have a LinkedIn account, I have a stackoverflow account, and I even have an About.me account. None of these I pay for so I am not the customer for any of them: I am the thing being sold. They can shut down (like Posterous), they can ban me, they can sell my usage data with nary a nod to what I want. But for boyet.com, I am the customer, I pay to say what happens.

And that’s the big takeaway for you: if you want a persona on the web, a place where you control what goes up, what comes down, who can see it, who cannot; a place that defines who you are, then buy a domain. They’re not that expensive, around $10 to $20 a year. (The last time I renewed boyet.com, I renewed for nine years for around $100.) You can even make the site serve up static HTML pages if you wish (rather than have a blogging engine serve up the pages dynamically) and use Amazon S3 to store the files (it’ll cost you less than a tenner per month). For the first 10 years or so of my domain’s life, it served up static pages. Or find a hosting provider and have a “proper” blogging engine – that’ll be around $20 a month, maybe less if you shop around.

Control who you are on the web. Buy a domain.

Now playing:
Stewart, Al - On the Border [Live]
(from The Best of Al Stewart)