So, last week was a hoot. Just before Christmas I got a summons. No, not one of the “bad” ones, but a summons for juror service, which started last week. Yep, a couple of days after my nine-year anniversary of becoming a US citizen (6-Jan-2014) I had to appear in the El Paso County Combined Court as a prospective juror.

To be honest, that’s fine by me. It’s all part of being a citizen in Colorado: you may get called for jury service. So day 1, I go to the courthouse, fill out a form and sit down to see if I actually get called. One of the things I was betting on was that since my wife is a senior Deputy District Attorney (and the form requested job info for spouses) and used to work in the 4th Judicial District DA’s office, I was probably not going to actually get on a jury.

That day there were seven judges who were looking for a jury for their individual cases. One of them requested 72 potential jurors to go into their courtroom. Then it was my turn, as it were, one of a pool of 60 jurors. We all traipsed upstairs to that particular courtroom and, after being sorted randomly by name (for some reason I was first), we went in and were seated.

Now it was up to the attorneys (both prosecution and defense) to question us all and to work out which potential jurors would be excused. There were a number of questions about the defendant being innocent by law until proven otherwise, about the defendant possibly not testifying, about assuming guilt, about intent, about bias, about being able to be on the jury for the whole of the week (at least that was the estimate for this particular case), and so on. Slowly but surely potential jurors were excused by either party. Finally at about about 3pm, after a final round of questions, there were 13 jurors in the box, and the rest were excused. I was one of the chosen ones.

Thirteen jurors? Surely there should only be 12? Exactly, there’s a spare juror (called the alternate) just in case another juror has to leave because of some urgent emergency. After all the evidence has been shown, witnesses questioned, and the closing arguments are made at the end of that part of the trial, the judge and attorneys will reveal which is the alternate and they are excused and do not have to deliberate.

Which is what happened, and I was not chosen as the alternate juror. I’d lost my bet big time.

Thursday morning, we had got through all the testimony and the closing arguments had been made. At which point, the judge read out the jury instructions, and then we the jurors went into the jury room to start our deliberations over the charges (there were 11) and whether the defendant was guilty of each one. I’d have to say, my fellow jurors were pretty damn good. Everyone had something to say about each charge and whether the evidence/witnesses had proven guilt or not.

A couple of the charges were detailed enough that we decided as a whole to review all of the surveillance and body-worn camera videos to check whether we’d missed something and to recall various important details. As part of the prosecution case they’d entered into evidence five DVDs that contained the videos presented. So we watched them all again the Friday morning. There was one video that a couple of jurors wanted to see showing the defendant being moved from one police SUV to another where he was yelling out loud. What was he screaming again? The jury instructions are very strict about watching video evidence during deliberations: thou shalt watch it all in strict sequence, do not reverse a part to watch it again.

Being the tech guy on the jury, I slotted the DVD into the drive and we started to watch. It started off with the arrest of the defendant, something we hadn’t seen, but maybe the bit we wanted to see was a bit later on in the same video. Nope. So our foreperson wrote a request to the judge asking for the video we had watched as evidence in the trial, and we continued in our deliberations.

Just after 3pm, we were discussing the final charge, which had been a little contentious to agree on. The majority were saying not guilty and a couple of jurors were vacillating. But we felt we were really close. Suddenly the door opened and the judge’s clerk told us we had to go into the courtroom, the judge wanted to see us. We went in: there was the judge and the attorneys and the defendant. Hmm.

Very quickly the judge told us that she was declaring a mistrial. The prosecution had basically f*cked up by putting the arrest video on the DVD entered into evidence instead of the video we’d seen during the trial. By watching a video that had not been presented as evidence, we might possibly come to an invalid conclusion. We then all trailed out back to the jury room.

The judge came in as we were packing up to thank us for our work, despite the not-so-good result. I could immediately see that she was livid, and, to be honest, I didn’t blame her. The prosecution basically should have checked the videos to make sure that they contained the evidence presented. A five minute job, if that. But, no, they were sloppy and had wasted everyone’s time.

Me? Half of me was really annoyed. FFS, we were really that close to finishing the trial off with our verdicts. Half of me was laughing inside: I’d heard about the senior deputy DA in charge of prosecuting this defendant, about that they weren’t particularly good at their job, etc. And here was proof in spades. Also, I’d have to admit, I learned an awful lot about semi-automatic AR-15 style rifles with big magazines, how they worked , how they could jam, how to take them apart, etc, Not something I’ve ever had to (or wanted to) consider before.

The other thing? During the presentation of evidence, we, the jurors, were allowed to go out and get lunch on our own (when deliberating, lunch was provided to us in the jury room). Me? I kept on meeting people from the DA’s office in the street and they’d recognize me because of my relationship to my wife. I’d have to flash my juror’s badge at them and say I couldn’t talk about anything. I dare say they all went back to the office in a tizz to see which case I was attending… 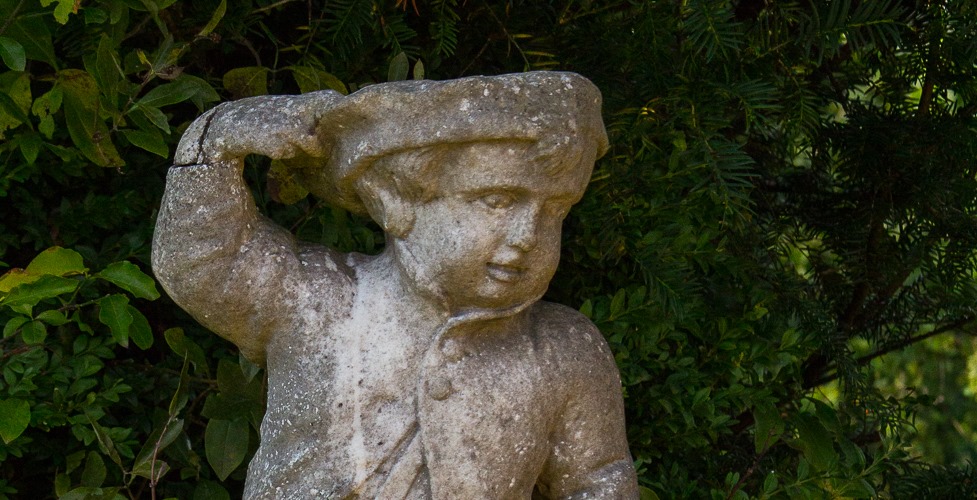