Webcams? How about a DSLR?

Over the past year, I’ve represented DevExpress on a few virtual meetings with people like Jeff Fritz and Michael Jolley where I needed to show my face. I have a Logitech C920 webcam and an adjustable arm I use to position it, so I thought I was good for these live interviews.

You could see that they were using 1920px resolution and mine was only 960px, but even worse, my image was shuddering. Was this an issue with the video recording software? Or one with the webcam? A USB issue since I now use a USB hub off of a Thunderbolt dock? The first time it happened, I nipped online to Amazon but pretty much all the webcams they were offering were not in stock. For some unknown reason (pronounced “pandemic” I would imagine), there was a rush on webcam devices. Oh well. We suffered through those interviews, although I remember asking Michael once what he uses for a webcam, and he said his Sony DSLR. I looked up the price and decided that it was too much for me and my occasional usage.

A couple of months later, I ran across this article on PetaPixel: “Canon Officially Launches EOS Webcam Utility Software for MacOS and Windows” which detailed the fact that Canon had released their EOS Webcam Utility software for various EOS cameras and for Windows. And I suddenly stopped and slowly banged my head on my desk.

You see, some 8 years ago now, I splashed out and bought myself a Canon EOS 60D DSLR. An absolutely wonderful camera that I take on vacations to shoot fun photos. I like using it so much, I’ve since bought several lenses for it and a couple of Manfrotto tripods. All in all, a great purchase and well worth it. But, because I just use it to take photos, I’d completely and utterly forgotten that it can take video as well. And that’s what Canon’s new EOS Webcam Utility software does: uses the camera to act as a webcam. All I needed to do was install the software on my laptop, connect the camera’s USB port (I’d forgotten it had one of those too!) to my laptop’s USB port and bingo! 1920px resolution and no shudder. Plus I can use its snazzy tripod to position the camera to show my best angle. Oh Em Gee.

OK, Jeff and Mike, I AM READY FOR YOU NOW! 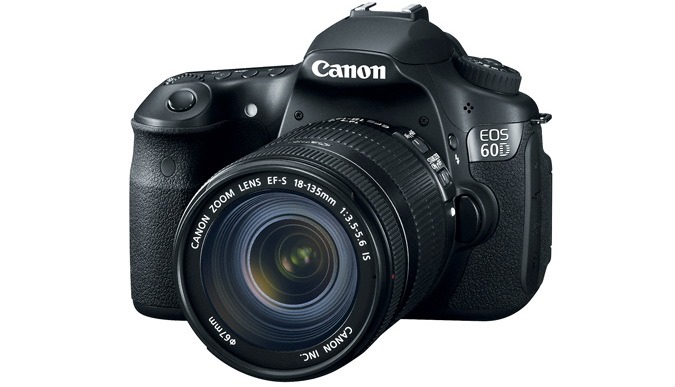