Declare that function! But, how?

So, I read a blog post about declaring functions in JavaScript recently. It was just about technically correct as far as it went, but, ow, the way it was written hurt (missing semicolons, invalid code samples, etc). I’ll decline to link to it, thanks very much, but instead I’ll bring out its main points together with a recommendation or two (that, in fact, the original blog post did not).

There are two ways to declare a function in JavaScript, although we can spin ’em out a bit. Ready?

(If you run this code in your browser’s console, you’ll get … 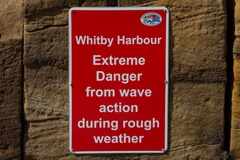 In essence, we have a variable being set to a function expression in the first example, and we have a function statement in the second example. The other two examples I’ll get to in a moment. The first example, then, reinforces the fact that functions are objects. You can create them, pass them around, save them in variables (or in properties – in which case, we call them methods – or in arrays or whatever), use them in callbacks, and invoke them. For me, this is by far one of the most important features of JavaScript, the fact that it is a functional language. Functions are objects; remember that.

And then finally in example 4, we have an IIFE, an Immediately-Invoked Function Expression. As its name says, it’s a function expression that is called immediately. It is not saved anywhere, for example in some variable. If it weren’t immediately invoked it would be lost, there would be no reference to it anywhere. IIFEs are used all over the place in JavaScript code, it is an extremely common pattern. (Note the extra parentheses around the function expression: that’s so the JavaScript compiler determines that you are not declaring a function statement when it parses function.)

So, all in all, my advice is to stick to function expressions exclusively. The one single feature a function statement has that an expression does not, hoisting, can lead to less readable code, and we wouldn’t want that.

Now playing:
Thievery Corporation - Coming from the Top
(from DJ-Kicks)

Funny, I'd say the exact opposite: stick to function statements exclusively.

It makes more sense if you realize, ALL function declarations (statements, and expressions) are "hoisted" (actually processed first, during what is comparable to the "compile" phase) and all anonymous function are given machine-generated names. So, JavaScript really considers your first example as if it were written:

So, function definitions are handled during the "compile" phase, followed by the code actually running during the "execution" phase. Using function expressions, you just have that pointless assignment at "runtime".

@James: thanks for the comment. Let em see if I can't elucidate further.

First of all, I guess I didn't state strongly enough that either way -- should a function be declared as a statement or expression -- it is perfectly valid JavaScript. I suppose you are right (although I've never investigated): the compile phase would generate names for function expressions via some non-published randomized naming scheme and then hoist away. My thoughts are not about that, but about defining a practice that one should stick to in one's programming.

Now the thing is hoisting happens with every variable, be it function, number, boolean, object, string, array, whatever. So the first standard practice you learn is to declare your variables first when you are in a function scope. Agreed? In fact, unless you turn that option off, the various lint apps check that. So you get used to (at least I did) to declaring your variables at the top, and generally as a sequence of variables separated by commas and terminated by the ubiquitous semicolon. And of course function expressions are just values for variables, so I put them in that same list. Agreed, I don't have to, but I do.

Another example: returning a function from a function. Sometimes it really is easier to return a function expression, although, agreed, you don't have to.

Another example is when you're declaring some quick off-the-cuff object, say a default configuration object, inside a function. The API allows the user of the function to pass in an other configuration object with values that should be used instead. (This design requires the use of an extend function, such as the one in jQuery; a topic for another time.) It is easier to declare methods in this default configuration object as expressions in the normal flow of declaring properties of the object. Agreed you don't have to, but it keeps all the code for the default object together. Here's an example from the jQuery code:

So, all in all, even though each of these examples could be written quite easily with function statements, they are easier to write with expressions. And once you get used to the practice of using expressions, you use them everywhere, since for me anyway they constantly remind me that functions are objects.