Articles for The Delphi Magazine

For some time now, I’ve been pondering whether or not to post my old articles from The Delphi Magazine here on my blog. I supplied Chris Frizelle, the editor, with algorithm articles for a good nine years from November 1997 (with an eight month hiatus while I worked at Microsoft: at the time they frowned upon that kind of thing, especially writing about Delphi and not C# – eek!), under the soubriquet Algorithms Alfresco. It would not be hard to discern that that the early ones formed the basis for my algorithms book. 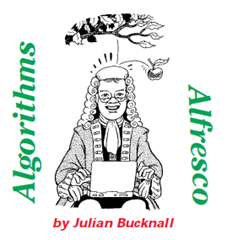 Anyway, the magazine closed down in March 2007 – so pretty much 12 years ago now – with my last article on the ABA problem being published in the January 2007 issue. The magazine site (thedelphimagazine.com) is gone, the hosting site (TDMWeb.com) that Chris ran is gone, and I really wouldn’t visit either of the domains, if I were you, which is why they’re not links.

Imagine my surprise then when I found out via some tweet or other that someone had, er, “resurrected” the name. Yes, delphimagazine.com is active and basically acts as a content feed for Delphi-related blog posts. No, it’s got nothing to do with the original Delphi Magazine, and it’s not really a magazine per se, but it does talk about Delphi. Which, I’m afraid to say, these days I don’t much.

So since I republished all my articles for PCPlus here on my blog, I think I’m going to do the same for my Delphi Magazine algorithm articles. I’ll pick-n-choose which ones, and in which order, but what I will do is to discuss implementing the algorithms using Javascript, not Delphi. That way, it’s not just me reposting the articles – yawn – but me revamping the text, and coding with Javascript. More interesting for me, more interesting for you. Yes, I’m sure that the standard algorithms have all been coded in Javascript already and are up on GitHub (for example, the Google closure library), but you’re not going to learn anything from them in that fashion.

So, first up will be priority queues and, obviously, heaps. Obviously? Stay tuned and you’ll see.

Cute. I really liked the magazine (and Delphi) at the time. In retrospect, it closing down was the kind of thing that should have made me switch to C# way earlier.

Deploying Delphi apps was/is pretty nice though, in comparison. Most of mine were single EXEs. For the simple, free ones I didn't even bother with an installer, ZIP was fine...