A week or so ago, I bought a cheapo remote electronic timer for my Canon Rebel XTi from eBay as a device to play around with creating animations. It was about $15, shipping included, so if it didn’t work or failed miserably, it wasn’t much of a loss. It is, essentially, a knock-off of Canon’s Timer Remote Controller TC-80N3 which, even at B&H, is $136, about ten times more. (Love you and your gear, Canon, but come on.) 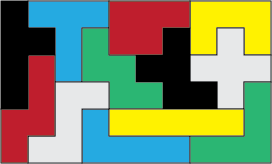 The no-name (literally) timer has two modes, in essence. Firstly, you can use it as a remote control to take photos instead of pressing the camera’s shutter button. It plugs in the side of the camera and has its own shutter button. This button can be locked open for those fancy night-time shots (aka, BULB mode). So it’s great for those shots where you have the camera on a tripod and are taking a long exposure – you run less of a risk of jogging the camera.

Secondly, and more interestingly, it can operate in timer mode. Essentially you program in a delay to start shooting, a long-exposure time (you can set this to zero to allow the camera to decide), an interval between shots, and the number of shots to take. Hit the start button and the timer takes over, taking the number of shots you specified with the required exposure times, intervals, and initial delay. Great for taking a series of astronomy pictures: set up your camera on a tripod, program the device, plug it in, then go inside and have a cuppa to warm up.

But that’s not what I bought it for. I bought it to play around with animations. For a quick experiment this lunchtime, I programmed it to snap shots every 10 seconds, and then moved pentomino pieces step by step in the field of view so that they “solved” themselves. I imported the 70-odd shots into Camtasia (I have a license from work) and created this YouTube video.

All right, I admit, Pixar are not going to come calling. It was a definite experiment. Lessons I learned were as follows:

But, nevertheless, I’m encouraged by it. I’ll continue playing.

Now playing:
Swing Out Sister - The Vital Thing
(from Somewhere Deep in the Night)

I may have to try this with my Rebel XSi !

I use the built in timer a lot, setting it for 10 with bracketing, which gives me 30 shots. But I have no control over the duration between shots.

Thanks for the tip and the example.