My most recent sunk cost fallacy

So I have this mini PC in my office that I use for various personal apps and data, stuff I don’t want on my laptop in case that goes missing, gets confiscated or nicked, etc, when I travel. Ultra-cautious, moi? 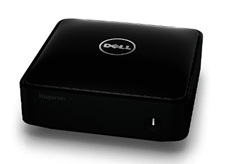 It’s a Dell Inspiron 3050, second hand, bought off of eBay, that I’ve maxed out the RAM and to which I’ve added a 240GB SATA SSD out of another laptop when I’d boosted its drive to 512GB. A grand total expenditure of $190, if I recall. Didn’t have to be ultra-fast or anything, I don’t use it for work-related stuff like writing/compiling code. Running all the time, backed up once a day onto my NAS with Acronis True Image.  Everything’s been working fine for the last 18 months, until … boom, I get a blue screen of death (BSOD) with “Automatic Repair couldn’t repair your PC”. Er, wut?

I reboot, start using the PC again for some normal tasks and after a few minutes (or 10, or 20), it freezes for a few minutes and up comes the same BSOD.

I go to Google and start investigating with some searches. Click on Advanced options say a couple of results and do X. I do but nothing happens and I have to physically power off the PC.

Run sfc /scannow to clean up your Windows installation say another couple of results. I do, but still eventually get the BSOD.

It’s probably caused by some issue with the drive say a couple more, so run chkdsk /r c:. I do, however that requires a reboot, but then gets stuck at 12%, requiring another physical power off, and subsequently another BSOD.

As part of True Image, Acronis ship a bunch of tools, including a drive cleaner. I start that off, but in due course up comes the BSOD.

I was starting to get way irritated by this time. It certainly seemed like the SSD was at fault, some logical sector was dead, or some physical chip was malfunctioning. If only I could get chkdsk to complete and mark whatever it was as not useable, and then I would…

I stopped. How long had I been going at this? I brought up Amazon. A replacement 240GB SATA SSD from Kingston was – get this – $30. Acronis True Image has a tool to create a bootable USB drive that could then be used to recover the full drive partition from a backup, and I’d religiously been backing up the complete partition for the last 18 months.

In essence, I’d slipped into a sunk cost fallacy. Because this PC had been working just fine, because I’d now spent so much time (a few hours by this stage, over a couple of days) on various “solutions” to get it working again, I just didn’t want to let go. Maybe the next solution would work! Maybe if I did B then A, instead of A then B, it’d solve the problem! Maybe that solution on page 3 of the Google results was the one for this situation! I’d sunk so much time and effort into getting it working again, surely expending just a little bit more would bring in the result I wanted. I couldn’t let go of all that struggle. And yet, and yet, the whole damn thing only cost me $190, 18 months ago. JUST PUT THAT SUNK COST ASIDE, BUCKNALL!

I ordered the new drive (Amazon Prime even shipping it overnight for free), replaced the drive in the PC, booted from the USB drive, pointed Acronis at the most recent full backup, and let it chug away for 20, 25 minutes or so. After that, everything worked just fine and the issue had disappeared along with that naff old drive. Ace!

So the moral of this tale is, be aware of your own sunk cost fallacies. Just because you’ve spent time, money, effort on something and it’s not working as you’d wish, doesn’t mean that all will be well with just a teensy bit more time, money, and effort. Recognize that what you currently have is some kind of emotional investment in that thing you’re trying to accomplish, not a rational or sensible investment. Sometimes the best bet really is to draw a line under what you’d done so far, and just start over.