What’s in the water in Indiana?

In 1897 a new bill was submitted to the Indiana General Assembly. It was written by an amateur mathematician called Edwin J. Goodwin whose ability to understand basic mathematics was so poor that he firmly believed that he’d squared the circle. (The proof that it can’t be done was published in 1882 by Lindemann.) The bill was presented as a contribution to education in Indiana and was titled “A bill for an act introducing a new mathematical truth”. The interesting passage is this one: 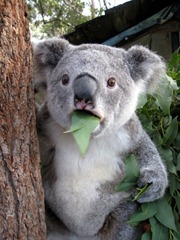 The “ratio of the diameter and circumference is as five-fourths to four” part is the one that everyone remembers. The ratio of circumference of a circle to its diameter has a name all of its own. It’s called π and this phrase determines that π=4/(5/4) or 3.2.

Yes, this was the Indiana Pi Bill, as it’s now called. It passed the House of Representatives but was tabled by the Senate. Everyone who had at least half a brain heaved a huge sigh of relief.

The reason I bring this up is that on January 31, the Indiana Senate, on a 28-22 vote, approved a bill to allow the state’s public schools to teach “various theories concerning the origin of life” and specifically mentions “creation science” (which of course is anything but science). Although this managed to get through the Senate Committee for Education as is, it was amended for the full Senate to include other “theories” from religions like Judaism, Islam, Hinduism, and Scientology (emphasis mine – although I almost died laughing when I first read this) to try and avoid accusations of teaching a single religion in schools. (See Edwards v. Aguillard, which declared that teaching creationism alongside evolution was unconstitutional because it promoted a given religion.)

So here we go again: a nonsense bill is again on the verge of passing in Indiana.

State Senator Scott Schneider, R-Clueless, said if there are many theories about life’s origins, students should be taught all of them. This is just an incredibly stupid thing to say. It implies that all such possible theories (where theory is assumed by such people as having the sense of conjecture) have equal weight, ergo they should all be taught since any one of them is equally likely to be valid. Such idiots don’t understand what a theory means in science terms (a hypothesis that has so much empirical support that it can be viewed as a fact or law) and that evolution is such a theory.

This bill is equivalent to teaching Ptolemaic astronomy (the Earth is at the center of the universe, the stars are points on a glass sphere, etc) as an equally valid theory to modern cosmology. Or that π is equal to 3.2. Crass stupidity would be too mild a term to call such a proposition, and it’s an equally applicable phrase to this Senate Bill 89.

Now playing:
Matt Bianco - You and I
(from A/Collection)