OK, I get it: I’m behind the times. I still use Microsoft Money, the “sunset” edition. Yes, it’s been six years since it was retired, but I prefer it way, WAY more than Quicken. And, to be honest, thus far – I’ve now been using it for 20 years, believe it or not (first entry: July 3, 1995) – it’s been just fine. However, yesterday, I was suddenly brought up short with a jolt, or to be more accurate with an error message about Internet Explorer 6. 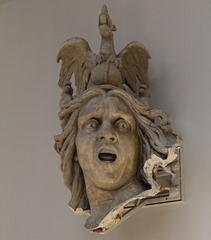 So what was special about yesterday? Well, it was the day I upgraded my main laptop – the one that has so many peripherals plugged into it that I don’t use it as a laptop anymore – from Windows 7 to Windows 10. Generally the upgrade went well. No real issues, until I ran Microsoft Money.

You can imagine the horror when I saw this:

“Internet Explorer 6”? I haven’t run that in years, so why should it be required now?

Well, it turns out that the error dialog lies. What happened is that there’s some verification code in Microsoft Money that expects/assumes the version number of Internet Explorer on the machine to be fifteen characters or less. (The app uses IE internally to show web pages, not that I use that part of the app at all, but anyway.) The current version of IE on Windows 10? 11.0.10240.16384. Sixteen characters. Boom!

It turns out that the fix, or maybe I should call it hack, is to alter the value in the registry it’s checking. For completeness, on a 64-bit machine (which mine is) it’s the Version registry value in the HKEY_LOCAL_MACHINE\​SOFTWARE\​Wow6432Node\​Microsoft\​Internet Explorer key. Alter the value by deleting a character off the end (the final “4”) to make it 15 characters. After that, Microsoft Money will start up and run just fine.

…Until you download your first or second set of transactions from your bank and import it into Money. Money will just crash. Worse, it’ll just crash every time you restart it. This was getting scary.

It turns out that this particular bug manifested itself first on Windows 8. Since I never ran Money on Windows 8, I was never bitten by it, but there is a “well-known” hack to solve it. The hack requires you to hex-edit one of the Money DLLs (altering just four bytes) and the hack was devised and published by Raymond Chen, a notable, at least in Windows development circles, developer on the Microsoft Windows team. I made a copy of my original mnyob99.dll file (risk-averse, moi?), made the changes, and hey presto, Money ran again and has kept on running.

I’d have to say that this particular app was the first really horrible experience I’ve had with Windows 10. Normally, a Windows app is a Windows app and it’ll just run on the new OS. Frankly that has been the case so far with all the various apps I use on a daily basis, so it was somewhat terrifying when the one app I really rely on for personal finances crashed, not once, but for two different reasons.

What of the future? Well, that’s the big question. Thinking of Windows 10 especially, how soon will it be before Microsoft remove IE from the OS completely in favor of Microsoft Edge, the new browser? I don’t know, but you can easily make the case that, in say a couple of years, Edge will have been polished enough that IE can just be taken out into the alley and dumped. No IE, no Money: that’s point 1. Another angle is would Microsoft open source Money at any stage? After all, they’re open sourcing a whole bunch of things right, left and center. That’s possibly a more difficult question to answer: I have no idea what proprietary code is inside Money (the whole file handling/encrypting stuff might be an issue for a start) or even how such a decision would impact their relationship with Intuit. Point 2 then is low probability, at least from where I’m sitting. Another possibility is that Microsoft release an export facility that exports the data you have in Money (and I have 20 years’ worth as I said) into, say, Excel. This third point, I’d have to say, will be very unlikely – the obvious riposte is, if this were possible they’d have done something like it ages ago. Ditto fixing Money to not require IE any more: seems like something they could have done a while ago.

No, I’m afraid the answer for me is going to be a VM. Create a VM with a basic Windows 7 install, put on Microsoft Money Sunset, and use that until something better comes along. A side-benefit would be it’ll be a little more secure; but the big disadvantage is having to boot the VM every time you want to check your accounts and finances (and in these days of a new hack of some retailer’s system every week, I do that every couple of days anyway).

Or, horror, check out Quicken again…

Now playing:
Dire Straits - Money for Nothing
(from Brothers in Arms)

It sounds like an opportunity to create a new product! Find some backers, then give me a call.