Suddenly, after many, many years, the BBC announced that complete set of Shoestring was finally going to be released on DVD. And so it came to pass in October last year. I put in my order chez Amazon.co.uk, and it finally arrived on my doorstep.

From the initial release of the first series (which I’d bought), it had taken some six years for that second series to be released on DVD, and I wasn’t going to let the fact that I had to buy the complete set deter me. In fact, I was pleasantly surprised when it did arrive: the complete set also included a book detailing the history of how Shoestring came about, as well as full information on the filming of the episodes, locations, reviews, and so on. It certainly was fascinating to read about the genesis of the series, who wrote what (and who edited the episodes). And of course, I really enjoyed watching the whole set of episodes again.

Although I’ve written about Shoestring before, what got me this time was finding out where things had been filmed, and then looking at the same locations in the present day with Google Maps. Oh my. Just as an example: here’s a screenshot of the front entrance of the Radio West in series 1, episode 2, the radio station in Bristol where Eddie worked: 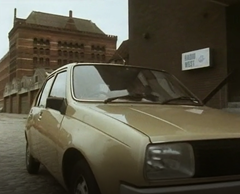 And here is that same place from Street View with Google Maps:

Just to show that a whole new building has sprouted up in between (it’s a Premier Inn), here’s that large building in the background from the next street up. 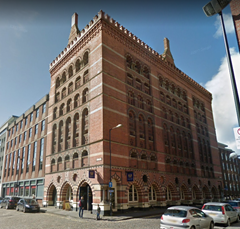 Yes, there have been a lot of changes over the 35 years since it was filmed.

It’s kind of habit forming once you have this kind of information about the locations: you’ve just got to look it up to see what it looks like now. Here’s the Swan Inn in Tockington from the same episode, where Eddie goes to chat with someone. 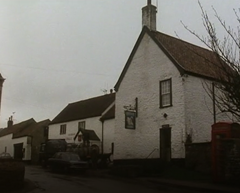 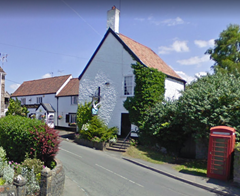 Another one: Eddie and Erica start going around to antique shops to try and find some clues. Eddie walks by a fine paintings shop on The Mall, before turning into the cul-de-sac: 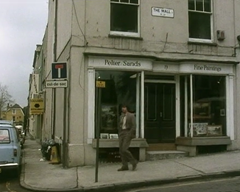 But now it’s a café: 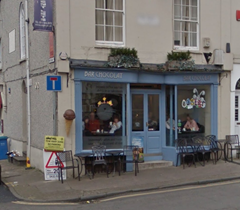 Now, I’ll admit that I don’t really know Bristol at all (I’m guessing I’ve been maybe there twice, once to see the Clifton Bridge). But I do know West London pretty well, like Hammersmith and Shepherds Bush, since I lived there before I came to the States. And for seeing how that area has changed in the past 40 years, you’ve just got to watch The Sweeney. It’s like night and day.

And back when that series was fully released on DVD, there was a forum online where people would discuss locations, locations, locations. Ad infinitum. Completely and utterly fascinating. The forum has long gone, but someone has transferred all that information over to IMDB with location details for each episode. I’ll leave my impressions of The Sweeney and its before/after Hammersmith settings for another post.